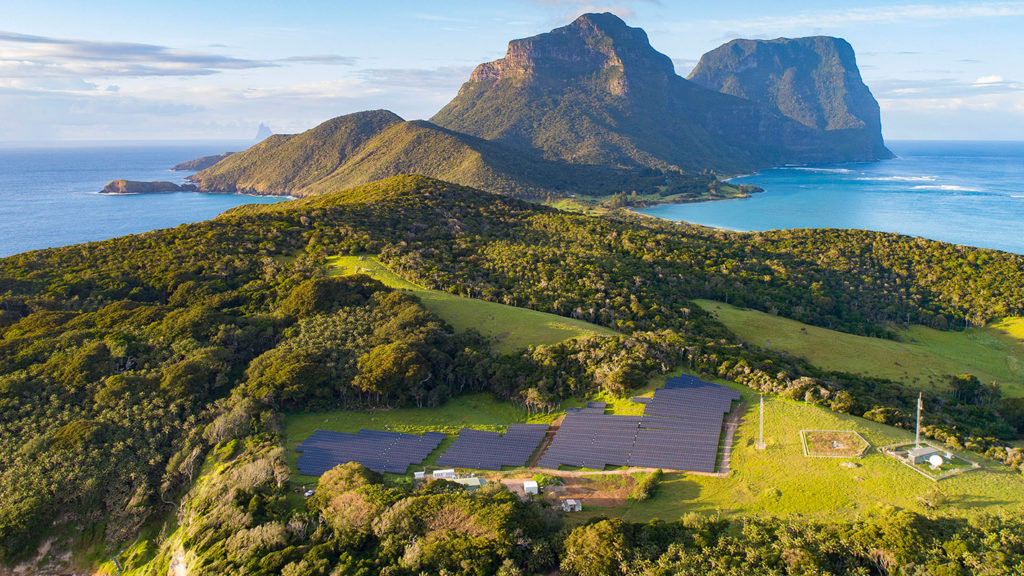 Congratulations to Photon Energy Group and to Michael Gartner and his team for the successful construction of a 1.2MW of solar PV paired with battery with over 3.7 MWh of capacity on this UNESCO World Heritage Island. Lord Howe Island is famous for its pristine coral reefs, rugged volcanic peaks and species of plants and […]

Con Manetas attended the Clean Energy Summit in Sydney yesterday.  Over 80 speakers will be speaking at the two-day event, among them yesterday was the Australian Opposition leader Bill Shorten, who gave a stirring address to over 200 strong and  faithful Clean Energy Council members and guests. He said that the federal opposition was prepared […]

Large Scale Solar Is Ramping Up Earlier this week Informa Australia and RenewEconomy co-hosted its second annual (Australian) large scale solar conference in Sydney which Con Manetas attended. With a host of Developers, Fund Managers, EPC’s, Consultants and Government agencies the mood was buoyant with a strong pipeline of 3.6GW of projects in development and […]

Informa Australia is proud to announce its 2nd Annual Large Scale Solar Conference.  As utility solar ramps up in Australia there is now more opportunity than ever to accelerate the deployment of solar across the country.  This timely event will explore leading projects underway and planned, and consider investment and financing for future success. Bringing […]

Solarif Group BV and Solarif Insurance BV are licensed under the Dutch Financial Supervision Act (Wet op het financieel toezicht) and are registered with the Netherlands Authority for the Financial Markets (AFM) under number 12018917.

NOTE: These settings will only apply to the browser and device you are currently using.

The data provided by Google analytics is designed especially for marketing and webmasters alike in gauging the quality of traffic they are receiving and the effectiveness of their marketing efforts.